Tantalising those tentative tastebuds for those trepidacious of taking tracks to the theatre is Christopher Nolan's Tenet, the global winner of the box office last week, taking $53 million in its opening run.

It's the film everyone is discussing as cinemas re-open, and herald it as the movie that has to be seen on the big screen.

So what did our writers at Fresh Take think? Well, while we think of more words beginning with T to add to our repertoire here are our Ten Thoughts on Tenet... 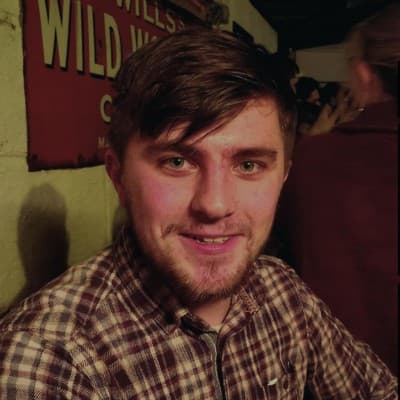 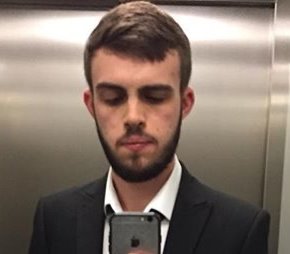 Dave- It's certainly hard to describe the plot of Tenet, which is odd, as in many ways it's a very plot-heavy film. While the first half may have you scratching your head about who, or why you are following the chain of events, Nolan manages to still keep a core thread for the audience to follow. The basics of his world and the A to B nature of his scenes make the story work even amongst the crazy action taking place around it.

Rhys- Like many of his previous films, everything in the film is connected, with a great deal of foreshadowing, story elements that at first seem insignificant, actually play out into a bigger role later in the film. Though it may come across as confusing, the story eventually all comes together. Tenet doesn't have the same characterisation that a film like Inception has, but it is still highly ambitious, with a complex plot that is testament to how rewatchable Nolan’s films are.

Stef- Instead of following in the footsteps of the blockbuster filmmakers he loved as a child, Nolan seems to become more engrossed in his own past. If anything, Tenet reminded me of the works of David Lynch and the Coen brothers, all of whom have films that do not conform to the standard narrative and try to share an experience. The line given by Clémence Poésy's character near the beginning of the film can almost reflect Nolan's message to the audience- “don't try to understand it. Feel it.”

Rhys- At first, I never got the fuss over Christopher Nolan. I enjoyed The Dark Knight and Inception, but that's as far as my credit for his filmography went. In preparation for Tenet, I watched The Prestige, an enjoyable but somewhat predictable film, with admittedly, a clever twist. The Prestige and Tenet have both made me appreciate the attention to detail Nolan always brings to his movies, along with their strong themes and ideas.

Niall- Tenet occupies an interesting place in Nolan’s filmography. In many ways, it feels like he’s doubling down on many of his trademarks, almost like a harsh riposte to both those who loved and those who hated Dunkirk. Praised for its leaner story, and doubling down on pure visual storytelling Dunkirk was a refreshing change from the exposition-heavy films that come before it. Tenet, however, seems to revel in its dialogue. In an early scene in which John David Washington’s Protagonist has the time element explained by Clémence Poésy's character, we get an immense feeling of the story simply being told to us. The scene is so dry that Washington’s deadpan “whoa” upon seeing this quantum miracle at work seems tongue in cheek as if the film itself has little interest in fully explaining its world.

Craig- Nolan's films are well known for the way in which they play with visuals, and Tenet is no exception. The big trait this time is the combination of action happening in real-time but also in reverse. The sequences are excellent. The moments that happen backwards utilise the weird effect to create genuine unnerving tension. One of the biggest confrontations in an art gallery allows us to see the unique and captivating choreography, making us fear for The Protagonist due to the chance he can’t win against an opponent fighting him from the future.

Stef- Despite the issues in the story the sheer ambition and production level of this film outshine those flaws. Most of Nolan's films are puzzles, combining a unique narrative with big blockbuster spectacle. He never gives us the easy answers, making it more challenging to understand what the film is trying to say, especially through what shots, and sequences he chooses for us to see.

Niall- Christopher Nolan and audio mixes have had a tumultuous relationship over the years. Since The Dark Knight, he has advocated exponentially for louder films, often sacrificing clear dialogue for atmospheric sounds or Hans Zimmer’s bombastic scores. Unfortunately, my viewing of Tenet leads me to believe it is a flaw in his filmmaking. Scenes will juggle multiple sounds including vehicles, headsets, and music, all on top of Kenneth Branagh’s wonky Russian accent. Nolan threatens to enter self-parody, making a film where multiple scenes sound like Bane attempting to explain the plot of Inception whilst simultaneously crashing a plane.

Dave- While there are certainly understandable criticisms to throw at Tenet in regards to its characters, and storytelling, I do always respect Nolan's drive to outdo himself and give the audience something new and exciting. Your enjoyment of Nolan will depend on your enjoyment of this film, as it is very typical of the director's established troupes. In the future, I hope to see him scale back his stories, and expand on his female characters, as moments in this film, while later saved, do boarder on cliché and dated (his appeal with male audience members is even evident in the people writing this review!)

Craig- Tenet is definitely a film with a distinct tonal line in the middle of it. If you can survive the heavy exposition, pointless directions, and baffling character choices, what you can then experience is a wonderfully connected story. Tenet is visually intriguing in execution, with gripping action sequences like nothing seen before. While some of the strain of the first half can be touch and go, ultimately the intelligent design of the film balances everything out in a number of satisfying ways. Not Nolan’s greatest film, but a solid action piece to add to his repertoire, and easily his most clever film title.

Equaling a Fresh Take rating of:-

Do you agree? What are your thoughts on Tenet? Let us know!

Subscribe here to Fresh Take for more opinions on the world of film and television.

And subscribe here to our podcast Well Good movies.

Scarface - a classic that needs no adaptation